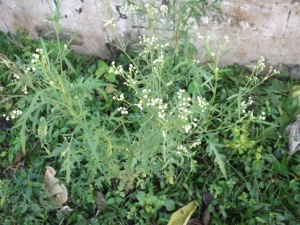 In 1950s, india was going through a famine. Indian National Congress decided to import wheats from USA. The wheat was of inferior quality and was a controversial one. With that wheat, the seeds of this deadly weed were mixed. Some says it was a deliberate mistake from Uncle Sam, other says it was an innocent mistake.

This weed is equally dangerous for all flora and fauna. It is highly dangerous for humans. It sucks the nutritious substances from soils, thus converting fertile ground into unfertile ones.

This site uses Akismet to reduce spam. Learn how your comment data is processed.

HELP US TO GROW

WE ALSO FOUND ON